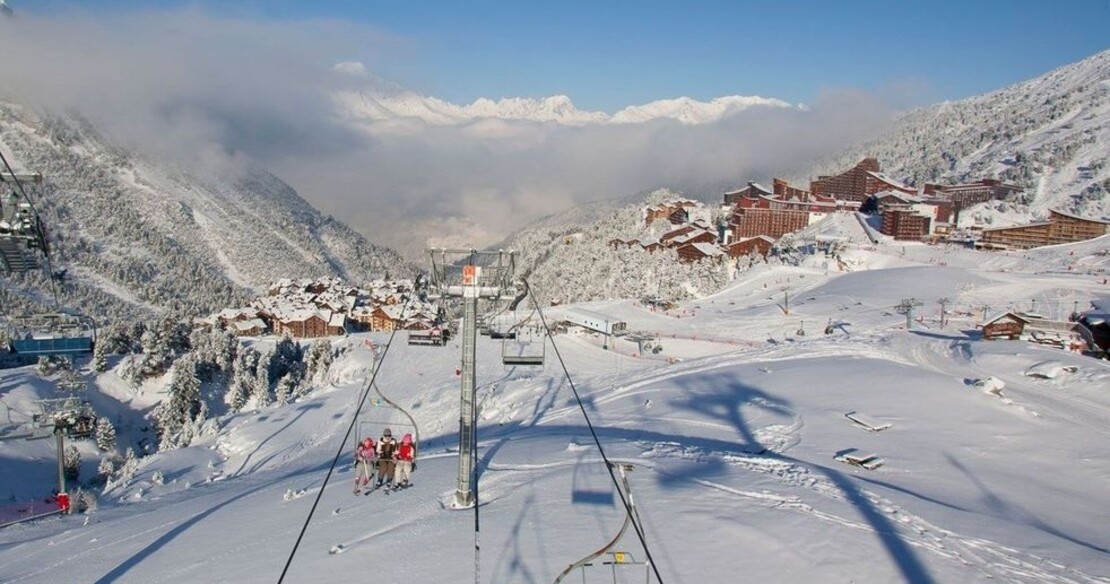 Arc 2000 consists of little more than large self catering accommodation blocks with swooping roof lines and surrounding snow and rock. Over recent years though catered chalets in Arc 2000 have been built and in December 2016 the 5 star Hotel Taj- Mah opened its doors for the first time. Situated just above Arc 1950 the resort is situated a little on the edge of the Les Arcs ski area but at 2,000 metres altitude few resorts offer such easy access to high, snow sure skiing.

The majority of Arc 2000 properties are gifted with ski in ski out locations and the remainder are usually no more than a couple of minutes walk from the first lift. The modern purpose built nature of the resort does mean that the village isn't the most charming of destinations but for convenience and comfort, Arc 2000 is a top choice.

The skiing is also mainly North facing in this part of the ski domain and gives expert skiers the best possible off-piste conditions. The epic 7 km run down from Aiguille Rouge to Villaroger is an East facing adventure of some two thousand vertical metres and this is easily accessible from Arc 2000. If you fancy a spot of speed skiing, the lower half of the same mountain back down to Arc 2000 is dedicated to this practice. A small fee includes helmet, goggles and long skis but does not include the courage to give it a go! We dare you.

Cookies help us deliver our services. By using our services, you agree to our use of cookies.